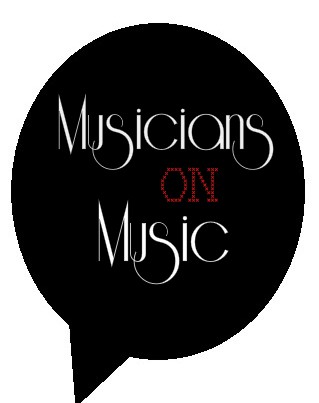 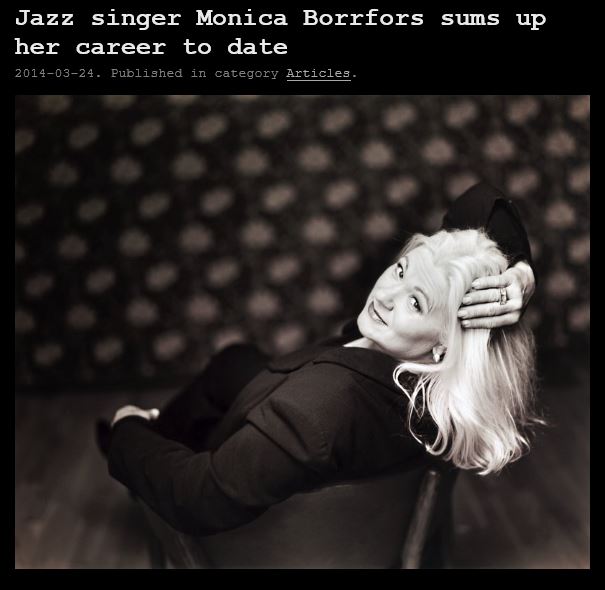 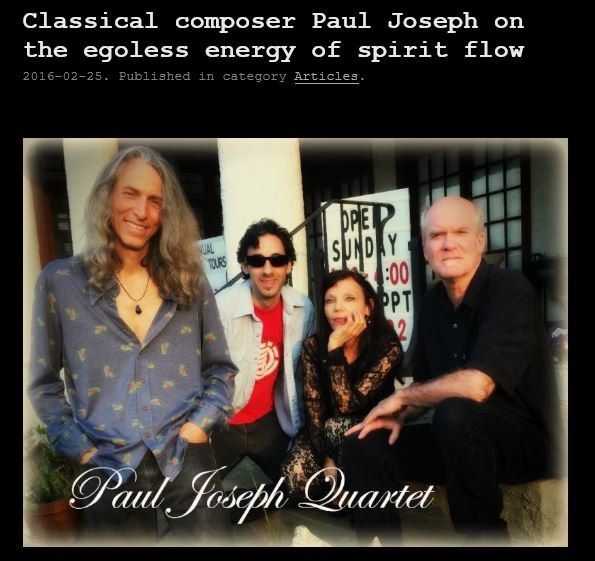 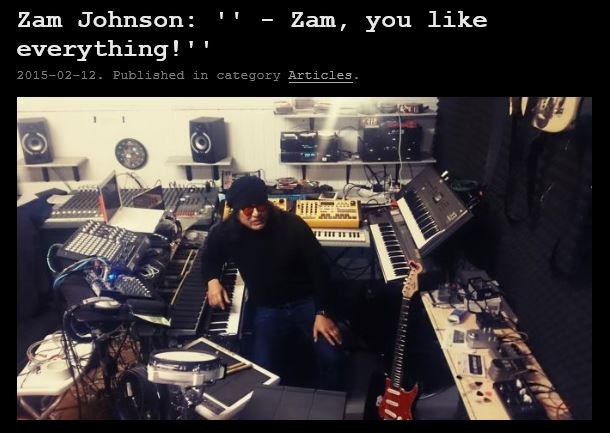 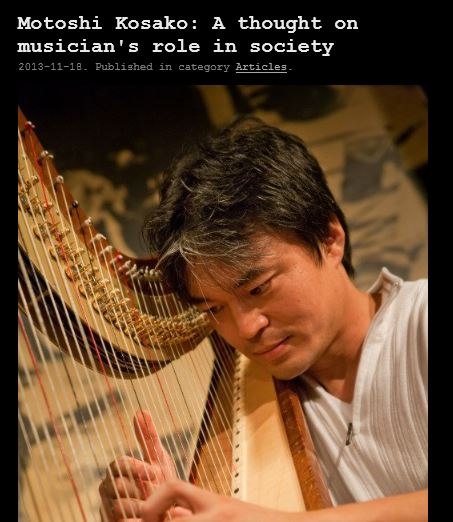 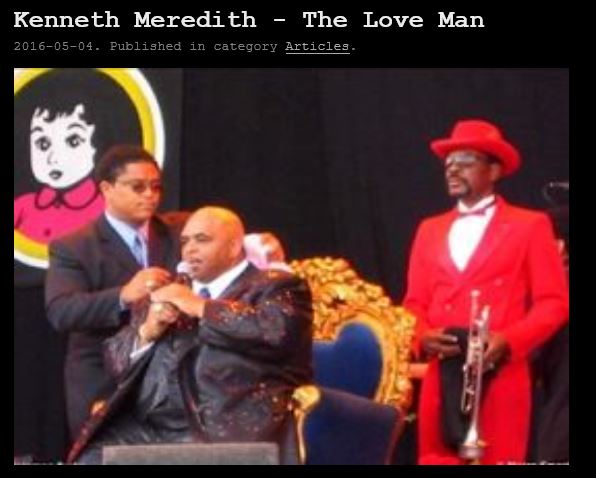 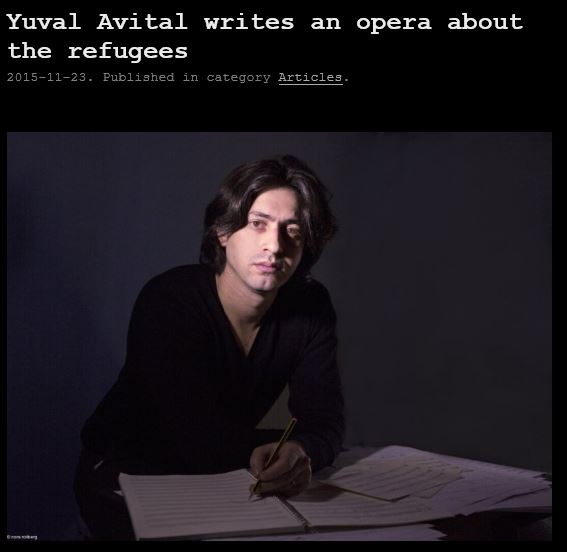 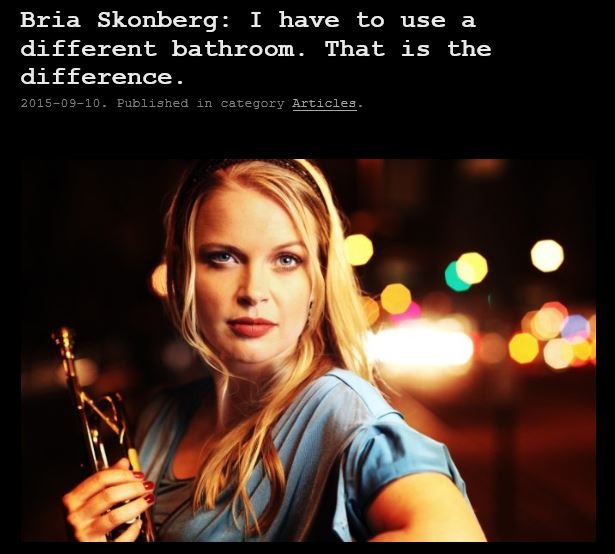 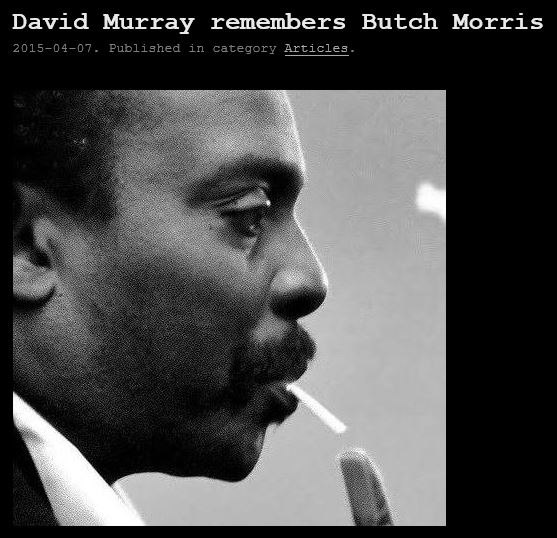 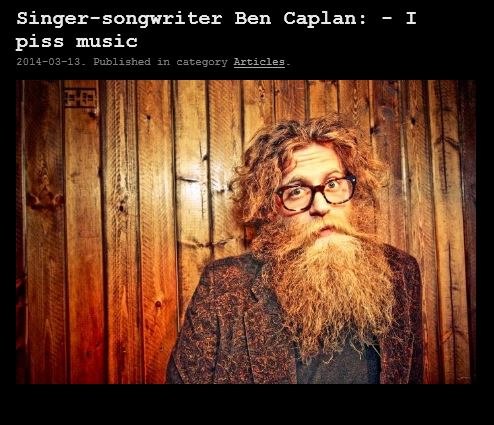 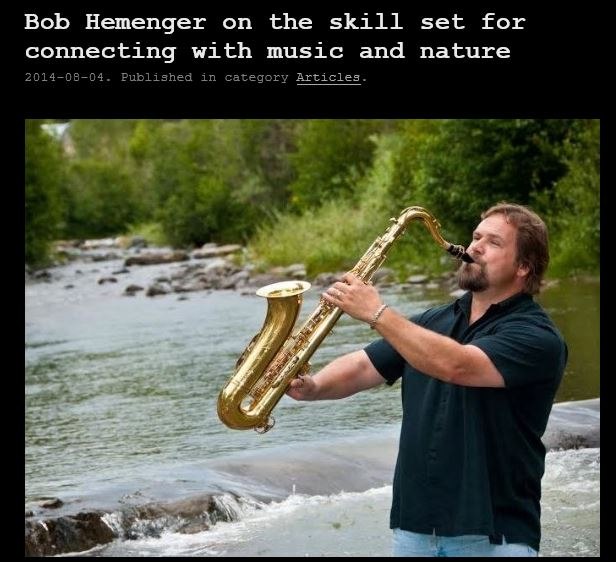 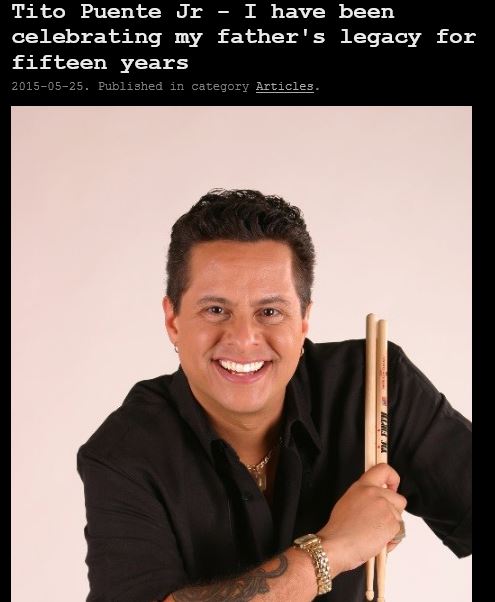 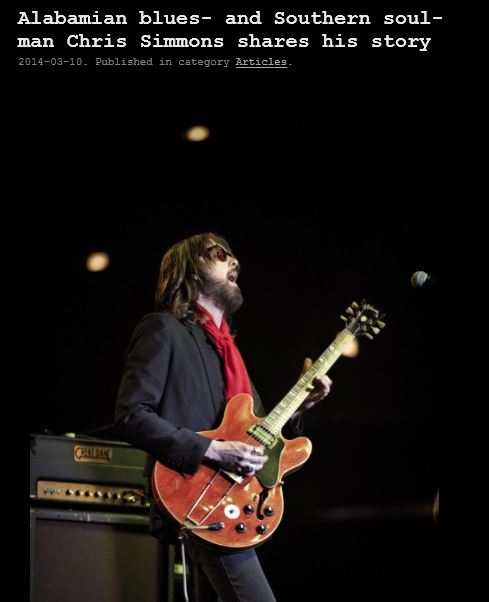 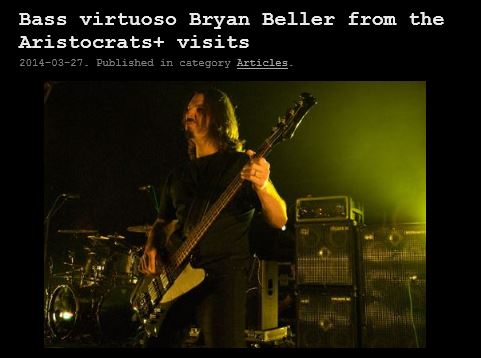 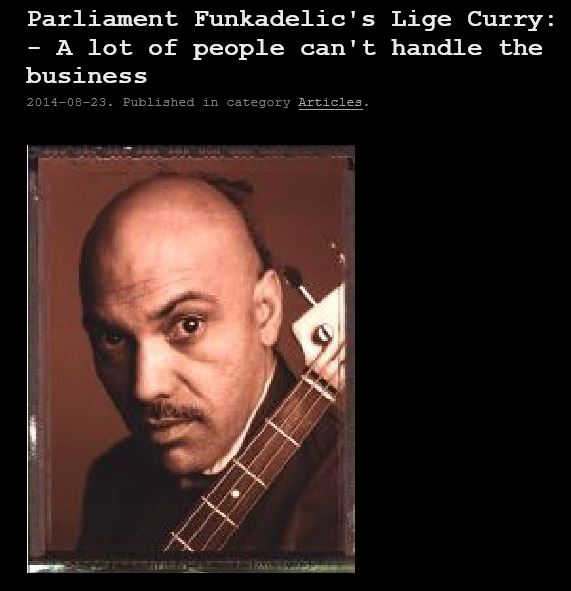 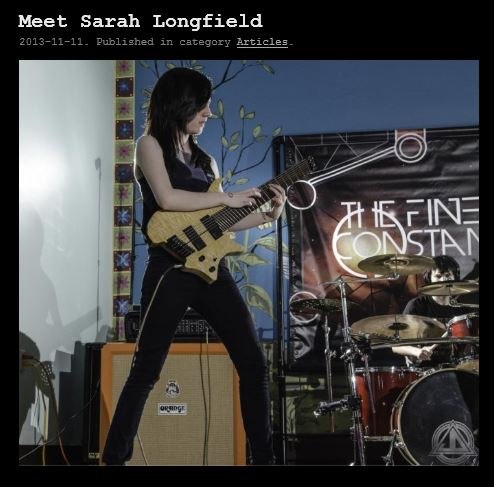 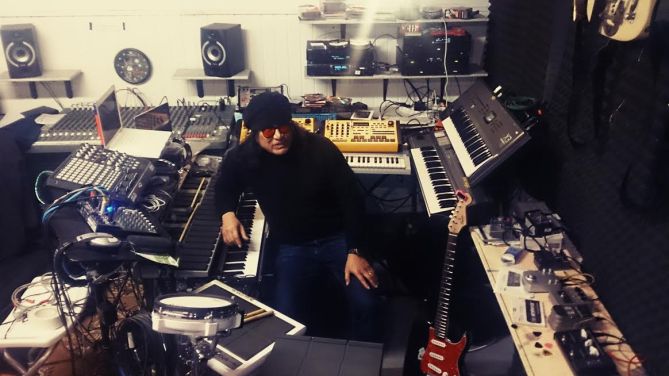 An article with Zam Johnson

I grew up in LOS ANGELES with R&B and soul music. In my neighborhood the PLATTERS lived on the corner, AL McKAY from Earth, Wind & Fire lived across the street, my aunt was a good friend of HAROLD LAND and CHICO HAMILTON,. and many more of the famous and not so famous. But a lot of great musicians also lived in the hood.

In my early teens me and my buddies used to go to CONCERTS BY THE SEA. We could get in because they served food.  We were lucky to see all the greats: ELVIN JONES; PHAROAH SANDERS; LES MACAN; EDDIE HARRIS…and, and, and everybody!!
There was a club that RED HOLLOWAY owned, an old post office where the greats also played, but you had to be 21 to get in because of alcohol.  Me and my buddies were hanging by the door listening to ART BLAKEY. The music stopped and the door opened. It was ART. He said “you kids want to come in?”. We said “ya!”. Art said “follow me”, and put us next to the bandstand. They started playing and the club owner came to throw us out! ART was playing his ass off and yelled “IT’S COOL!” at the owner. They didn’t kick us out. 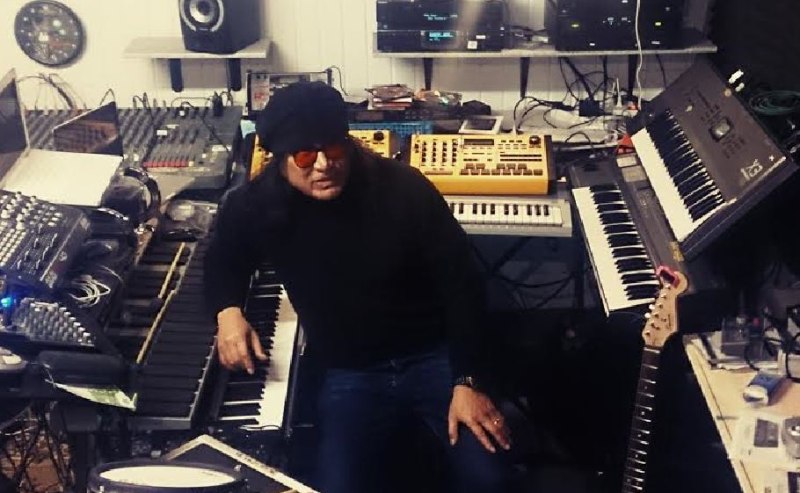 At this time a lot of rock music started happening: JIMI HENDRIX; CREAM; VANILLA FUGE; LED ZEPPELIN, CHICAGO -- also MOTOWN and JAMES BROWN. And I started playing in bands. In those days you HAD to play everything IF you wanted to work!!!

I was always interested in playing all styles of music, and L . A .  is good for every style because of the film- and television-industry.  I worked my way into being a touring studio drummer and percussionist from the mid 70s to the early 8os.

Around -78 I got involved with synthesizers, drum machines and samplers. I was already playing in avant-garde groups, but with the synths, drum machines, acoustic drums and percussion I was composing, and I put the group PANIC together with NORTON WISDOM painting live and SNAKEPIT EDDIE EDWARDS on horns and electronics. At this time punk bands, free jazz, rock and soul bands all played on the same stage!! The same thing was happening in NEW YORK ! A REALLY great time for experimental music, and a lot aggression an energy!!! 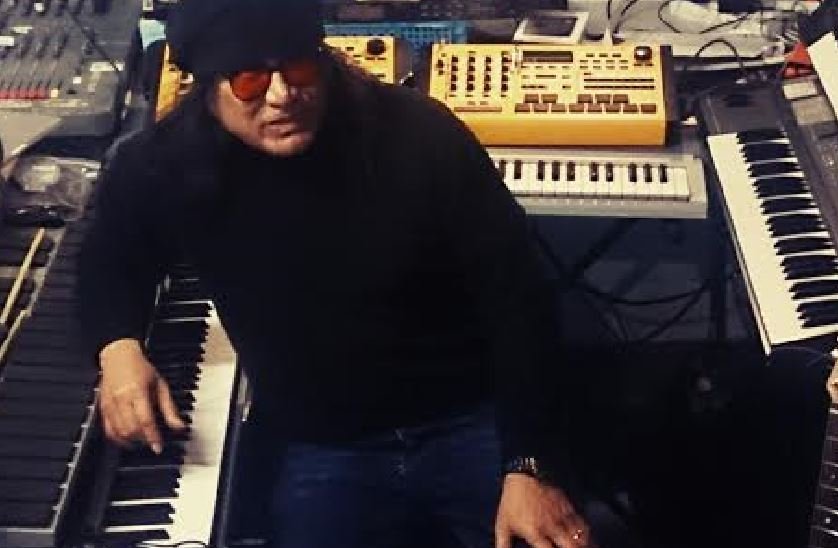 84 to 85 I was on tour a lot going back and forth to NEW YORK from everywhere! And spent a lot of time in recording studios playing on records. Producers started calling me to do the electronic thing. At this time I was composing a lot and trying to get into film composing or sound effect design.  The commercial industry just didn’t get what I was doing!! ORNETTE COLEMAN told me he had the same problem. “Go to Europe!” he told me!

In 1987 I got hired to compose a movie score and came to BERLIN to work on the film for a year. I shipped 38.ooo dollars’ worth of equipment, which took 3 months to get to BERLIN. But then the customs took it, tied me up for another month and wanted 28,ooo D MARK from me. Anyway, it all worked out when I met a judge that played boogie piano. He got my shit!! But after that the film production went bankrupt! They gave me 3 month to check BERLIN out, and after that I was on my own. I went to all the jam session at that time. I hadn’t really played drums for 4 years. BERLIN was clicks at that time. The jazz guys didn’t play with the latin guys, rock guys didn’t play with the blues guys, an there was no funk or groove music happening. I came and played with everybody, and my phone was ringing off the hook. I was working 7 days a week and didn’t even own a drum set. So I said “SHIT!  I can make money here”, and I really didn’t want to go back to LOS ANGLESES because L . A. is like a police state. I felt like I could end up in jail for a parking ticket there!

Zam and Saqid in Berlin 1

But I didn’t come to EUROPE to play drums and percussion. I came to compose and do my electronic thing. I got lucky. A theater needed musicians to play an international Butoh festival . I was hired to play sampler and keyboards, but we had guitar, sax, trumpet, bass, percussion and drums in that band. We played every day for a month. It was sold out every night.  Most of the musicians were punks and free jazz musicians and didn’t give a fuck, and just wouldn’t show up at times!! So I ended up playing all the instruments. They would just leave them on stage. I showed up early and practiced on all the instruments. When someone didn’t show up I could play it. I was the only one who did all the shows.

I was asked to do a duet with a famous dancer from JAPAN. He asked me to compose something for him. The night we performed, MINAKO SEKI, whom I have been working with for 28 years, was just starting her company. She asked me if I had any music for her. I said that I had tons. She said that she didn’t have any money but that she wanted me to be her composer! “The only thing I can do for you is put your name on a poster as composer!”, she said. I said cool. I was running all around berlin and saw beautiful posters. A friend said to me “Hey look at that poster. Isn’t that your name?” We worked for about 2 years. We produced everything ourselves and got very popular. Our shows were sold out, and we did 6 or 7 production a year. Then one year we finally got 60.ooo  DM to produce a big show. MINAKO said “We can pay you now”. I’ve been blessed. I’ve done over 6o multimedia and theater productions with a lot of different artist.  I am also am co- founder of TEN-PEN-CHII, a multimedia dance group, with JOAX MANGER and YOMIKO YOSHIKO. 2015 is our 20th year aniversary.

I’ve been painting for 12 years. I had painted in the early 80s for about 6 months. Then I was always on tour. I was painting for about a year and a half, and a good painter/musician from Boston, DANIEL, came to see me. It all happened very quickly. He brought a gallery owner, he gave me a show. I said “Well, I’ll make a website”. NORTON was on his way to Casablanca Morocco to a gallery. NORTON  showed the gallery my website. The gallery owner called and gave me a show. It was really happening for 4 years. Then the world money crashed !! And now the art business is like the music business. If ya ain’t a kid they don’t want to deal with ya ! 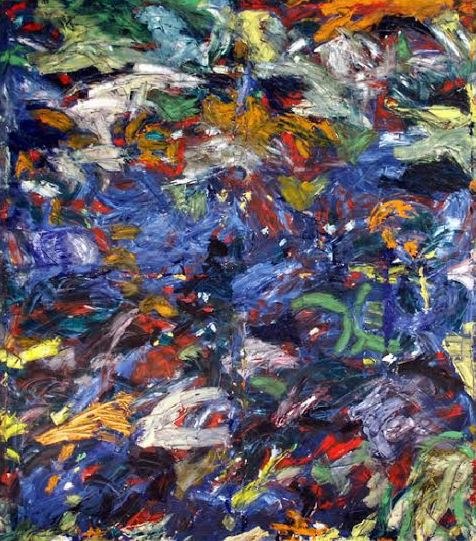 I don’t plan to move back to AMERICA. The last time I went through customs they asked me what I was coming to the U S A for – and I am part NATIVE AMERICAN and have a US passport. I love AMERICA but the government is out of control!!!

Zam and Sadiq in Berlin 2

I was asked what music and art IS to me. Well, a lot of my friends say “Oh ZAM, you like everything”,  and that’s kind of true. I see the good and bad in everything!!!  I have to laugh sometimes, it’s so bad it’s just great in a funny way!! I like things that are progressive and thought out, very open and innovative!!  I like creating and inventing things !! I started playing guitar year ago !!   Hey, I’m a  67 year old noise punk guitar-player !! IT MAKES ME HAPPY!!! ZIGGY, my wife, says that I am like a kid !! FULL OF SURPRIZES !!

Zam and Sadiq in Berlin 3

Zam Johnson is an American artist, composer and painter. After work with numerous acts in the US, such as Iron Butterfly, Brian Wilson and Barry White, Johnson relocated to Europe in the 80'ies, where he has continued his work with the music and added visual arts to his output. Find out more HERE.