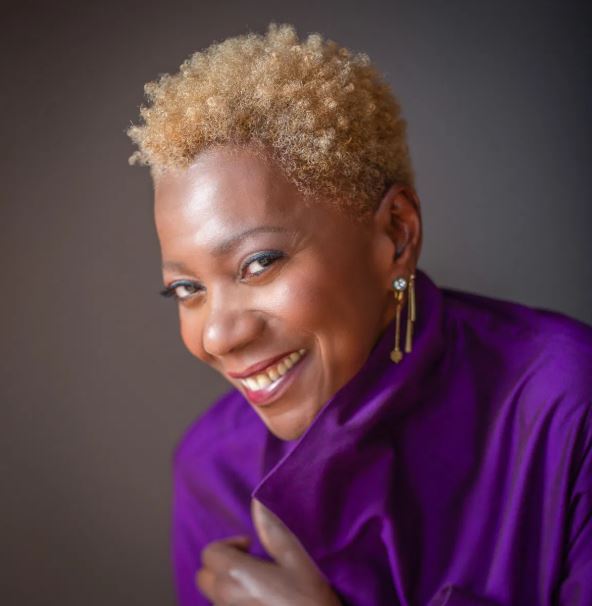 Jazz has somehow found its way into the 21st century.

I was talking to some Juilliard students the other day, and I said that the only thing that is new is you guys.

We have handed you something. You are standing on the shoulders of those who have been in music. They have given you so much.

When you turned on the radio in 1985 you didn’t hear Scott Joplin. So much has happened. The 20th century was the most prolific in music, and the music sustained, but now the 20th century is gone.

Our job is to carry the torch on our own merits. We want the listeners to open their windows to artists embracing their now.  You can listen to somebody’s umpteenth version of whatever, but this is not 16th century music. It’s not classical music. We have to create new music and music has to earn being called a standard.

I am asking the audience to please listen to this jazz vocalist who is the granddaughter of Ella Fitzgerald.

On my new album the musicians are playing themselves. They have forty years in this game. They are not new to this game. Julius and Andrew are new and learning.

We express how we feel about music. There are no tricks in music. You have got to put the time in.

I try not to second-guess things. There were songs left over from the latest project and I kept working them.

I sometimes imagine myself performing a certain song. I try this rhythm, that phrasing, I go with the interpretations from the musicians.

With the recording of one of the songs I was thinking that the scat singers have pidgeonholed us – why don’t I try something different? I sang with the keyboard to see what arrived from that. It is true to what happened in the live moment.

Another example from the album was I wanted to reinterpret a song from the 80s, but I brought it through the deep sounds of the chord-progressions from jazz. I applied them to something that was very pop.

I had the suggestion from Elisabeth Oei to write something about what I was always saying – that there is no jazz on tv. I went “ - What? Why not?”. I simply improvised it. I built it on a radio-jingle. The song is a point of view, but you have to turn a point of view into a form.

Another one was that my family was about to get bombarded by a storm in Florida and I wrote my own stress over that. 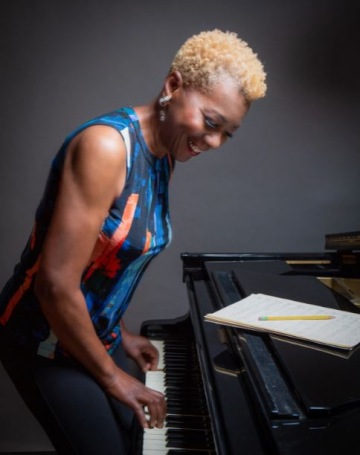 I really want to see jazz on tv. The world deserves it. I would like to have this kind of conversation with the cameras rolling. I want to help facilitate bringing jazz back to the mass media.

The record companies have been dumbing down the listeners by having the publishing rights to music and having new artists record it to take the earnings.

The record companies got a little bit behind and have been trying to catch up.

We do an album and it’s a massive project, and then someone downloads a synopsis of that project called a download of a track.

CARMEN LUNDY has just released an important new album, Modern Ancestors. Perhaps we have been wondering what we do in and with music now that so many, who made the immortal music, have left us. Seeing them as though they lived a long time ago --- as much as just a 'few months' ago, firmly turns them into the rock that we stand on, instead of a galaxy we might aim for but never reach - a setup for creating the copy of the copy of the copy in music --- is a way forward. This is the statement that this album makes, turning theory into reality in musical format, as it does. We had to have a talk with Carmen Lundy about this album, which is one that people order in the physical format too, not settling for the download, which indicates that many are fully aware of the significance of this production.
FIND OUT MORE HERE