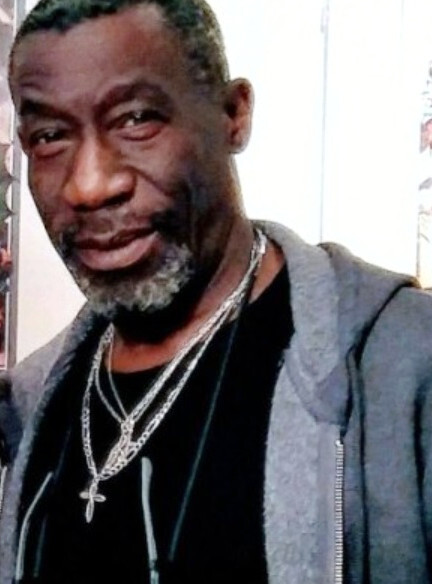 Michael Ray has been busy writing a thesis during the pandemic. Now he talks about his longtime friend and colleague Ronald Khalis Bell.

Pursuit of Happiness is the last song that Khalis wrote. He is one of the principal writers. There are a couple of versions of it.  He’s got a rap version of it and some other stuff. It’s good you know. He wrote it for America because a lot of people kind of didn’t get it. My favorite line is “I want to live in a world full of peace. If you do then pull up a seat”.

Pursuit of Happiness
I think that it’s one thing that Khalis felt that you need to pay attention to. This country was really being torn apart. But music has always been the message. Khalis has always been a great writer. And George Brown - he wrote a lot of the songs. They took it to the studio, and then everybody put their touch on it. The concept that Khalis had was stacking and taking out what wasn’t working. It’s a good process.

Kool & The Gang playing an intimate show at BB King's
There are many songs in the can. We have all this material, but if they don’t hear Celebration or something like that… From the first album Khalis has always kept his ear to the mainstream. Khalis was a jazz musician. He has written some of the most beautiful music I ever heard, and we never even played it. Khalis did certain equations. They had to change with the times. We recorded so much music through the years. What they do with it is up to the studio. There is so much material. We’ve got enough for about two or three albums.
I never got bored with playing the Kool & The Gang hits. It’s a happy feeling because a lot of these songs have reached people all around the world, and seeing the response is exhilarating.  It’s a real purpose of music, and how it effects different people. That is always a positive thing. I reflect back on how music has inspired my life and I’m happy that it inspires somebody else.
I don’t know what’s going on with an album release because there is some restructuring with Kool & The Gang to make everything workable. With Khalis transitioned a lot of things have changed. He is actually the captain. He’s been holding down the fort. A lot of things were really going on with the pandemic, you know. We are trying to get back into the swing of things.
I should mention ShawnyMac McQuiller. He always brings his A-game to the stage. Always. He should be the poster child of Kool & The Gang.
Charles Smith was the most eccentric guy in the group. Khalis also. It’s what we did and so it was normal. With the business it’s a whole other thing.  The music industry is a long, plastic hallway where thieves and murderers run free, and good men and women die like dogs – and then there’s the negative side.
We are planning on doing a tribute to Khalis sometime next year, with Kool’s son Prince Hakim, who’s been making a lot of noise. He has written so much music that people have never heard. It’s work in progress.

A later version of that horn section...
I’m writing a thesis on vibrational music. Some of it is common knowledge, but a lot of people don’t know the connection between vibrations and tones. I do that to keep my mind busy. When the pandemic hit both my knees were taken out. I feel improvements now. I’m not ready to fly yet, but I feel like walking fast. My energy is a mix of God and adrenaline. I thank God for the energy that he has given me.
MICHAEL RAY is a highly successful musician since decades with Kool & The Gang, Sun Ra Arkestra and Cosmic Krewe. Mr. Ray has kindly contributed pieces to this platform previously. Read them HERE and HERE. Read more pieces on Sun Ra Arkestra HERE and HERE, and on Cosmic Krewe HERE.
As this piece is made there are currently items on the internet suggesting that a new album with previously recorded material with Kool & The Gang is on the way. Here is an example of that.