Terence Higgins: - I always have my bag packed 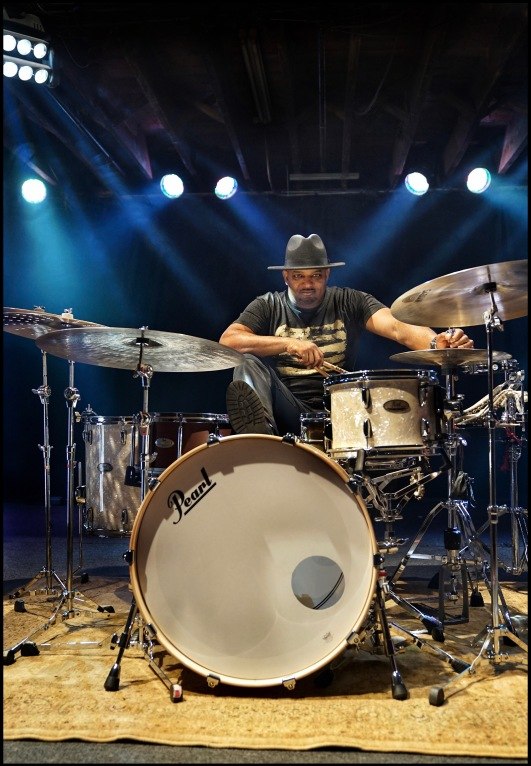 I am just as busy now as I was in 2014, when I first did an article with Musiciansʼ Corner.

I came into the new year with a few exciting gigs. Iʼm working with a lot of incredible artists. Tab Benoit and Ani DiFranco are two of my regular gigs.

Iʼm also working with producer Don Was. A couple of years ago we did The last Waltz 40th tribute show at the New Orleans Jazz Festival, and the tribute turned into The Last Waltz 40 tour. That lead to a Bob Marley tribute lead by the Marley brothers, which lead to an Elvis 68 Comeback special tribute filmed for NBC - and a tribute to Willie Nelson in front of 18 000 people that was filmed for A&E. I was part of the house band on side of Don Was and we backed at least 12 different country artist including Vince Gill and Willie Nelson. That was my first country gig, but it was as if I had always been playing country music… Those shows are really special once in a lifetime-events, so I jumped at the opportunity to be a part of those performances.

On top of that I'm working with a new project with John Medeski (of Medeski Martin and Wood) with his group Mad Skillet which was born out of a few late night jams in New Orleans during the NOLA jazz fest. Medeski produced a Dirty Dozen Brass Band record in the late 90ʼs entitled Buck Jump. So it was good to reconnect with him, and now there is a fresh release titled “Mad Skillet”.

I play locally with my band Swampgrease and other projects that I put together, but generally Iʼm too busy doing other peopleʼs projects.

Terence Higgins on the drums with Swampgrease live (2015)

I grew up listening to a lot of different music, and now I get calls to go do cool gigs, across all genres. I just do what I do naturally. I paid a lot of dues, and I take peopleʼs music seriously. Don Was could have called any A-list drummer in the world to play these huge shows. I think it takes a lot of trust to and level of comfort to offer the drum chair for these incredible star studded events. Iʼve been really busy juggling all my regular gigs and as soon as I see a break in my schedule thereʼs another call – and I'd like keep the ascending trend.

I live in New Orleans, but I feel like Iʼm just visiting. I always have my bag packed. Sometimes there are several offers at once. The people I work with keep our relationships family-oriented and they understand that I have to prioritizeʼ. If I canʼt make an Ani show she will do her gig solo. The Dirty Dozen Brass Band allowed me the freedom to take other high profile gig offers without jeopardizing my position.

On the side of the touring gigs and studio sessions I have also been involved in producing a few drum sample packs. The most recent was the Greasy Groove pack released by the Loop Loft, who has recently partnered with Native Instruments.

Terence Higgins has previously done an article with Musicians' Corner. READ IT HERE. 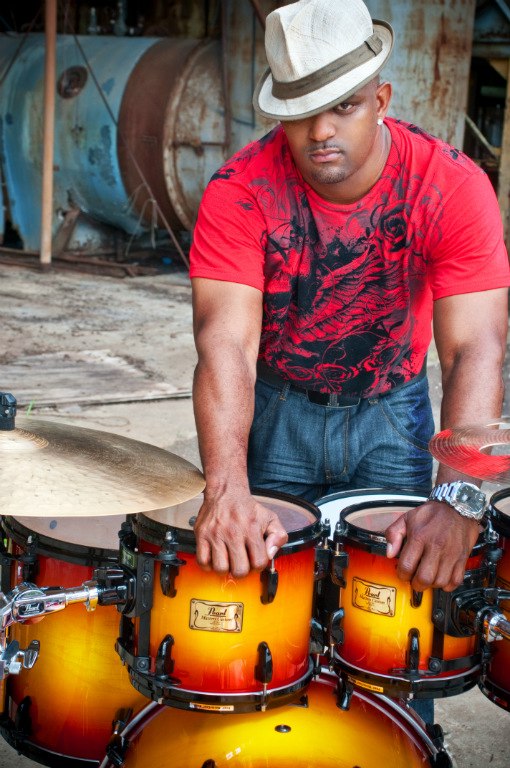 Music is everything to me. It consumes a lot of my time, I need it like I need air. There is not a day that goes by when I’m not involved in music one way or the other, be it as a working professional or as a listener. It’s life to me. And it has been like that every since I can remember. I can’t remember a time when I didn’t play.  I don’t come from a big musical family, but my great grandfather introduced me to the drums at an early age, and my aunts and uncles didn’t play any instruments but always loved music and would take me to musical events all the time. I’m self-taught to a degree although I spend a few years in college studying music. I have mostly learned music by playing with other artists. That is how you really learn.

I was born and raised in New Orleans. The spirit of New Orleans is within me and I carry it with me everywhere I go. It’s who I am. I am every bit of the culture. I am so grateful to be from there. Of course I’m bias but it is a great, great city. What I got from being born there is understanding the culture, understanding the old city and the mix of the African, French, Italian, Irish heritage. We grew up with music in the streets. People go there to study it and to try to pick up the syncopated rhythms. After Katrina everybody is aware of New Orleans, about the importance the city.

I am a former member of the legendary Dirty Dozen Brass Band, one of the most famous New Orleans brass bands in the world. The dozen help pioneer the brass band movement in the 70’ is. It brings New Orleans-culture all over the world. Working with the Dozen is an ongoing highlight of my career . with John Scofield. I met him years ago. And my first tour with John was a few years ago with the Piety st. band which was a more bluesy kind of project. John Scofield’s Ûberjam Band is totally different from any other Scofield projects. It is electronic dance music kinda vibe within a jazz setting, and includes Loops,dubstep and reggae elements. A few other artist that I’m consistantly touring with includes Ani Difranco and Warren Haynes  of Gov’t mule and the Allman Brothers Band, folk icon Ani DiFranco, and Tab Benoit, who plays Cajun blues. I have my band Swampgrease. We have released two solo albums. The first came in 2005 and was instrumental. The title is ‘’In The Bywater’’. The second album came out in 2013, and is a funkier r’n’b-record with vocals. It’s title is ‘’Rage til Sunrise’’.

Playing all kinds of music was always an objective for me as a drummer and musician.