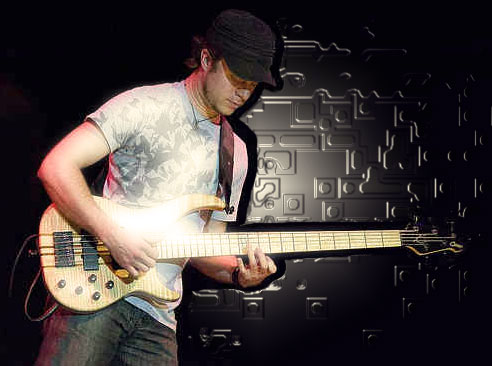 Some of the music that caught my ear in 2014: A friend got me into Bernard Wright's "'Nard" album, which is definitely not 2014, but that is one funky album! After playing several country shows this year, I became a Lady Antebellum fan. Another friend showed me the amazing Chris Thile, his solo performances blew my mind. As for new releases, "Supermodel" by Foster the People, Coldplay's "Ghost Stories", "Harlequin Dream" by Boy & Bear, and "Monuments to an Elegy" by The Smashing Pumpkins. Nothing More released a great self-titled album (congrats!), and my favorite release of 2014 was probably "Freeman" (also self-titled - I'm a huge Ween fan and Freeman is part Ween). I'm leaving out a bunch of pop singles. Has "All About That Bass" not caught anyone's ear?

The artists whom we lost during the year whom I will miss are Jack Bruce from Cream; Wayne Static from Static-X; and Johnny Winter.

With release dates changing, it's hard to say what I'm looking foreard to in 2015. Metallica's latest album should surface. For me personally, releases from new rock band Fight Night Anarchist and playing live with them, new solo songs, the NAMM show in January, playing at Festival International in April, and possibly more bass bashes.

Kent Beatty works as a touring bassist, and is known for his work with Hamilton Loomis. He performs at bass events, clinics, and is currently recording with his upcoming alt-metal band Fight Night Anarchist. Find out more HERE.

Previous post: Soon to be announced: The Music Journalist of the Year award