Beware of the autograph market - every which way 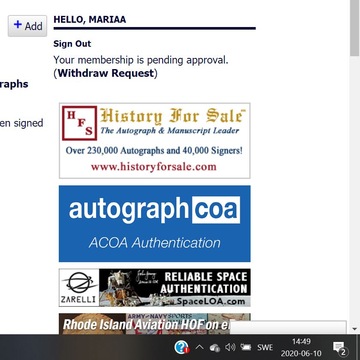 Living off people is a big business. One side of this is the autograph "market’’. We have all seen the men in sweaty t-shirts waiting to try to get what they have in their hands signed by a famous artist.

The idea to do something of the kind for a living might be seen as rather strange by many. This might even be the tier beneath paparazzi. People scavenging off other people, who have achieved a lot in life. 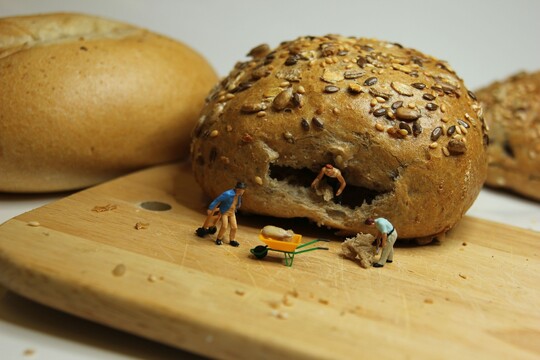 Then this market has the problem of forgeries being sold, in abundance, no doubt. So authentication of these scribblings has become a market as well. People have become "experts’’ at the above.

A few days ago we put two signatures up on auction, and what happened after was a sight to see.  We were of course very confident about saying to people to check the signatures out a bit before placing a bid, as we know that they are real and had every reason to assume that whoever checked them out would run into people who would be able to tell them so, or at the very least say there was a good chance they are real. We just assumed that would happen. 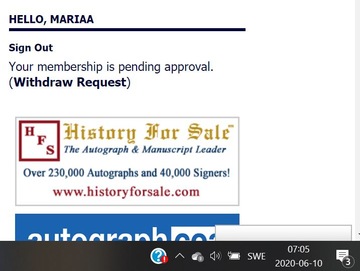 Our two signatures were swiftly posted on a platform called Autograph Live, by an anonymous poster with a clown face for profile picture, who asked if the signatures were real, something which was as quickly deemed as a "no’’ by another user. We tried to join the forum to comment, making it clear in the application to join that this was what we intended to do, and were denied access to comment. Our auction of these signatures didn’t take place on eBay, which this platform is affiliated to, a strange choice for an autograph authentication public service platform. But perhaps for this reason, these two signatures weren’t commented on further or linked to, as this platform had nothing to gain from sending its users to another auction platform, where it’s not affiliated (and where, btw, we have the highest possible user score, for selling other things, mind). Generally posts seems to spark more commenting, if it is to do with dismissing signatures claimed to be by the same artist, on eBay. So 1) Our signatures were quickly dismissed 2) We weren’t allowed to comment 3) There was no discussion about the signatures.

What is this Autograph Live? Is it a public service where people are being spared the misfortune of buying a forged signature? Certainly that must have happened frequently, that is, that this platform spotted fakes and had no reason why not to help people? But, is it a platform sponsored by autograph selling companies – that protects these companies' interests? Say, by perhaps dismissing anything that doesn’t look like what they happen to have or have had at some point – real or fake? Say, by perhaps getting that which is real off the market, so that it doesn’t lower the value of their clients' purchases, by being accessible in higher numbers than ideal for a high valuation of a rarity? Say, by…? In any case, this platform is sponsored by a few autograph selling companies. And companies have their interests, and certainly wouldn't sponsor something that didn't benefit them. 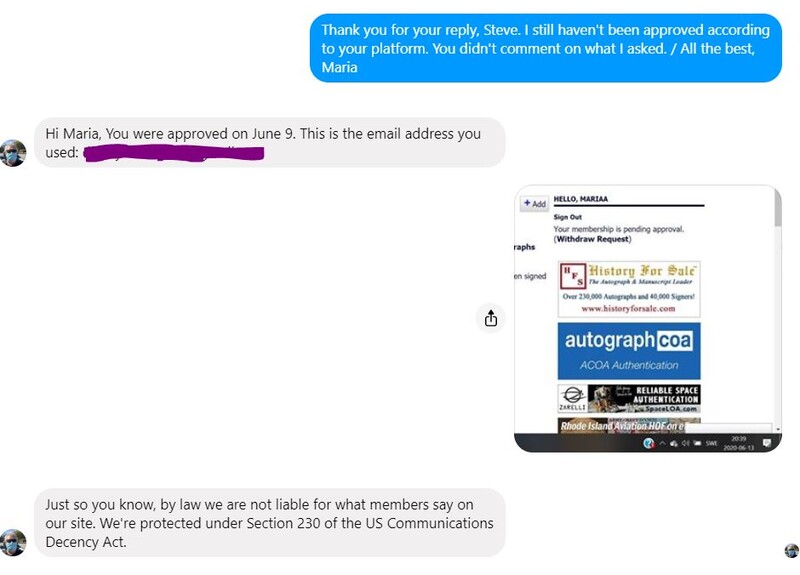 The supervisor can't explain why we haven't been approved by the platform and says we are. When shown an image of what the platform looks like as we write this piece he is quick to say that he isn't liable for what people express on the platform. Of course he isn't! There is absolutely no way for someone who runs a big platform like this to be everywhere, and incidentally, this chap seems like a nice enough fella and we like him, so we will throw no shade in this man's direction. The autograph world perhaps is a bit of high chaparral and paved with good intentions at times. Tread carefully - everywhere - seems to be the best advice, and, if you have a few signatures of value, only ever sell them to people you know if you are selling them at some point. That way you spare yourself grief.

This is an experience that replicates a previous experience, years ago, when we tried to sell a rare promotion single and were told that we couldn't have that single. Yes we could, we are music journalists here. Before and in between these instances we haven't tried to sell any music memorabilia, and this teaches us to never try again. So - to you who might want to buy an autograph one day - maybe think about not deterring everyone anywhere who has one from selling, because they might be given such a hard time. The only thing that has happened to us for putting these up for sale is we have been insulted. Apart from what we have mentioned already there has been a number of insinuating messages about our signatures. It has been outright nasty. They are no longer on the market, and we recommend anyone with music memorabilia to NOT offer it for sale, ever, to the general public.

And, we, who for example have run a non-profit music platform for seven years (with original material from a long list of some of the most successful and amazing instrumentalists in the industry), have now promptly been deemed as dodgy by a few who do the above for a living. 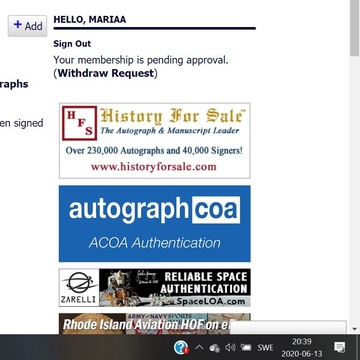