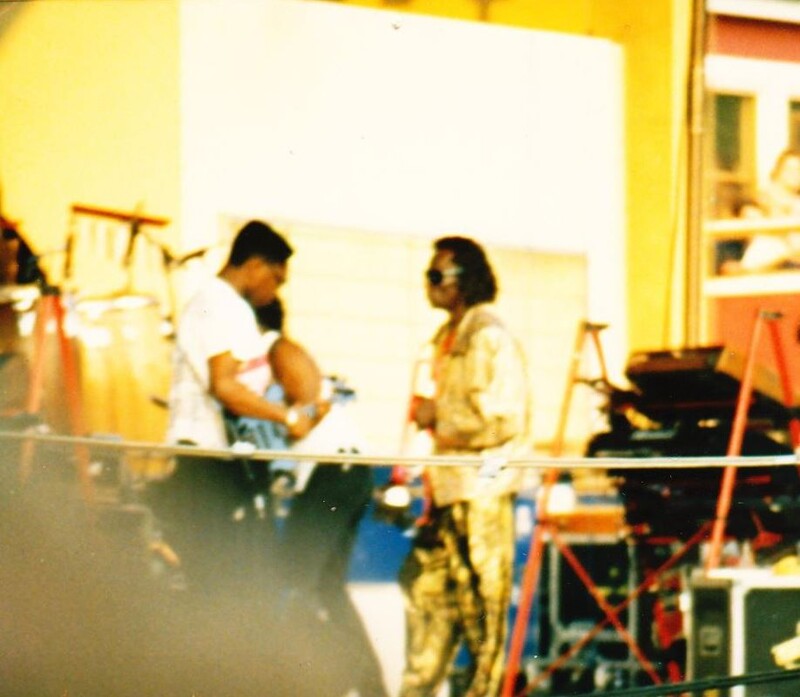 Remembering Sir Miles Davis, seen here on stage at Gröna Lund in Stockholm in the summer of 1987 (photo: KG Asplund)

What can we say about remembering Sir Miles? Music has not been the same since he left. It lost a whole lot of something something, that was in fact about him.

We can all wonder what he would have been doing, had he been here today. And we all know that we can't quite know what that would have been. And that is even one of the things that are so special with Miles Davis. People just had to see where he was going to know where he was going. They couldn't go some place and wait for him there artistically, because there was no way of knowing if he would show up there. And, alongside his leaving a mighty musical journey behind as he left, he left a world of wise things he said, which is a bit strange indeed, as he wasn't always so talkative. "It can take a lifetime to learn to play like yourself". Quote Miles Davis. You can so often interpret some things he said in wider terms, and you often even must. At any height of his legendary career he was still searching for his tone. Knowing what he wanted from others, and from himself too, in the nano moment, what he uttered wasn't something fluffy for an article, but a real thing. And that is so it. Miles Davis was so cool. And it was a real cool, not a pose. "It can take a lifetime to learn to play like yourself" really means It can take a lifetime to learn to be yourself.

Those ears... One of the most magical pairs of ears in music. They could tie so much together with two notes. The way Miles Davis HEARD music... We can only leave that to silence.